The government's £2 billion injection of cash aims to maintain increased levels of walking and cycling when restrictions ease.

After the government announced a £2 billion investment into cycling and walking, our executive director with responsibility for active travel hopes it will now become the “natural choice”.

Saturday’s announcement from transport secretary Grant Shapps saw the government pledge £250 million as an emergency active travel fund, which will act as the first stage of the £2bn investment.

In what is the largest ever boost for cyclists and pedestrians, emergency bike lanes will help to support the transport network as people seek to travel while maintaining social distancing.

The emergency fund will also provide wider pavements, safer junctions and cycle and bus-only corridors in England as the government tries to maintain the increased levels of walking and cycling seen since the coronavirus (Covid-19) restrictions came into effect.

It's a move that's been welcomed by our executive director with responsibility for active travel, Charles Johnston.

“We’ve seen in the past that people are discouraged from cycling due the amount of traffic on the roads and therefore fears about their safety,” he said.

“We must ensure that those who have now been encouraged to try using their bike by the empty roads continue with cycling once the restrictions are lifted, so that it becomes their natural choice for those shorter journeys rather than the car.”

The Prime Minister will announce a new strategy with further measures to double cycling and increase walking by 2025, in the summer.

As restrictions on movement begin to be lifted, the public are being encouraged to walk and cycle wherever possible, rather than using public transport.

The government will fund and work with local authorities across England to help make it easier for people to cycle, for example Greater Manchester wants to create 150 miles of protected cycle track and Transport for London plans to introduce a ‘bike tube’ network above Underground lines.

New statutory guidance tells councils to reallocate road space for significantly increased numbers of cyclists and pedestrians, with some towns and cities potentially becoming bike and bus only.

In addition, more side streets could be closed to through traffic in order to create low-traffic neighbourhoods and reduce ‘rat-running’.

“For the last 50 years the designs of our cities have been compromised to accommodate the car, but we can reclaim those open spaces for safe, traffic-free walking and cycling routes as part of plans to return to more active environments and active travel,” added Charles.

“For many this will be a much more attractive way of getting to work than being packed into crowded carriages and buses, and now is the chance to reclaim the streets for that purpose.

“So we’re working with towns and cities across the country to see how we can make the environments more attractive for safe and healthy journeys that don’t involve the car, and encourage walking and cycling in safe, traffic-free routes to your destinations.”

The government also announced that vouchers will be issued for cycle repairs and plans are being developed for more bike fixing facilities.

All this is in addition to the work we, as an organisation, have already been doing to encourage active travel, not just for commuting purposes.

Our Active Design guidance, has been informing planning for health and wellbeing since 2015 and Charles hopes an increase in active travel can have benefits beyond people’s physical and mental health.

“Cities like Manchester and Exeter, towns like Harlow, developers like Urban and Civic, Places for People and L&Q, and of course creating these safe traffic-free routes, will also contribute enormously to the climate change targets that we know we must achieve for our future generations,” he concluded.

Learn more about how our 10 Active Design principles are being used to help encourage physical activity. 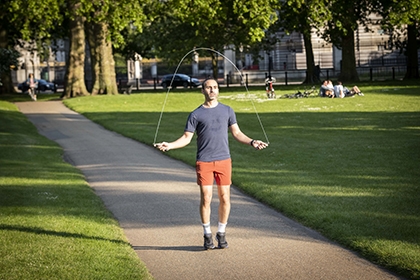 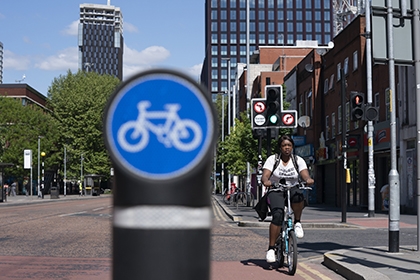 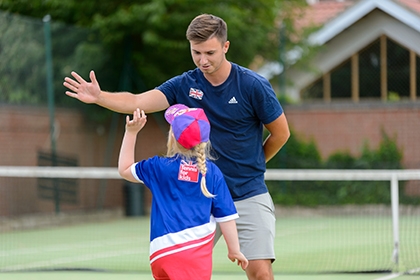