We’ve created a plan that outlines our aspirations and approach to talent. Watch the video below for an introduction to our Talent Plan for England, and continue reading for more information on our ambitions, objectives, guiding principles and key work strands.

The world’s best talent system is one that keeps on winning, so producing more and better athletes and performances remains a prime objective.

All athletes and coaches know that standing still is going backwards. We believe continued success should not be taken for granted.

The experience that (mostly young) athletes receive will have a lasting effect on not only their sporting performance, but also their mental and physical health.

Young people enter the talent system with great ambitions and aspirations, and while most of them will never represent England or Great Britain, they should leave the talent system having fulfilled their potential and relished the opportunity. We believe that training to win and enjoying the experience are not mutually exclusive.

We have a concern that not only the culture of talent pathways, but also the sheer cost of being talented, may be a real barrier to this. Helping all young athletes to fulfil their potential is our objective, producing national teams we can both relate to and be proud of.

We believe that how we win is as important as what we win.

Our talent plan has twin objectives:

Develop a talent system in England that produces higher quality athletes throughout the entire pathway, including performance foundations, and environments that deliver a positive development experience and encourage retention in the sport system.

Ensure England Talent Pathways are accessible and inclusive to all who have the ability and potential.

We believe that providing a positive talent development experience for all stakeholders within a sustainable high performing culture will achieve optimal results.

We’ll work with UK Sport, UK Anti-Doping and other partners to ensure sports have an appropriate culture, operate with integrity, advocate clean sport, and have robust policies and procedures in place.

We want people to be better for being in the England talent system and advocate a holistic development approach. The journey and the growth of individuals is an end in itself.

We’ll promote dual career and strive to embed a development approach that develops the whole person, supporting their educational development in concert with their technical and sporting proficiency.

We’re passionate about athlete welfare and the parity of physical and mental wellbeing.

We believe national teams should strive to be representative of the population they represent.

We’ll create a system that’s inclusive and enables everyone to achieve their potential.

We believe that an inspired, effective and well-supported workforce is crucial to the creation of a sustainable high-performing system that delivers excellent developmental experiences for all.

We’ll invest in people development and the principles of inclusive leadership. We’ll ensure inclusion is embedded into every aspect of our talent pathway, including the recruitment and functions of the talent workforce.

We recognise that athlete development is complex and non-linear.

We’ll reward organisations for their role in long-term development and encourage collaboration.

We’ve defined five key strategies that will help realise our objectives of progression and inclusion:

The England Talent Pathway (ETP) is an integral part of the UK’s high-performance system. That’s why we’ve committed in the region of £85 million of investment into the England talent system for the 2017-21 funding cycle, and currently fund ETPs in 43 sports.

Amongst them are a mix of Olympic and Paralympic sports, some of which deliver programmes across Great Britain and Northern Ireland and are in receipt of World Class Programme funding from UK Sport.

There are also a significant number of Commonwealth Games, individual, team and disability sports that aren’t in receipt of UK Sport funding. As a result, their performance pathways are resourced in other ways.

Collectively these ETPs are significant in their scale. There are around 60,000 selected athletes within ETP programmes and 200,000 aspiring, predominantly young, athletes accessing coaching and competition as part of entry level national governing body talent programmes.

UK Sport currently targets investment and support to Olympic and Paralympic sports with credible medal potential for athletes across the UK.

The Performance Pathway spans the Podium and Podium Potential stages, which are typically when an athlete is respectively four or eight years out from an Olympic or Paralympic Games.

We, like the other home country sports councils, invest in and support the stages prior to the Performance Pathway for English athletes and programmes. This is known as the Talent Pathway.

The key interface between the two agencies and their respective investment programmes is the stage known as Performance Foundations.

Performance Foundations is defined as sports-specific programmes where a selected cohort of highly talented athletes within the upper levels of the Home Country Talent Pathways are identified, confirmed and prepared to meet the increased demands of the World Class Programme environment.

What is the England Talent Pathway?

The England Talent Pathway is how we describe the route of development of talented athletes, about which the stages, structures, policies, practices and partners/stakeholders are organised.

When we refer to the talent pathway, we’re describing all the moving parts that support the development and progression of the athletes. National governing bodies (NGBs) tend to organise their support for athletes around certain age groups, or stages of development and performance.

These pathway stages are ideally linked to each other by a common development curriculum or framework. This is essentially a recipe, designed to develop optimal performance at a senior level, that’s delivered by specialist coaches and sport science practitioners.

Athletes progress through stages of the pathway by way of milestone events (for example, age-related banding, competition results and education changes) or skill-based criteria.

We want to ensure England Talent Pathways are accessible to everyone who has the ability and potential, regardless of background or circumstance.

Currently, many sports would appear to be unsuccessful in identifying and recruiting talent from under-represented groups in the UK. This is ultimately narrowing the potential pool of talent.

In addition to the potential performance gains of drawing from a wider pool of talent, we want to make our national teams more reflective of the population, so they’re more relevant to the nation.

The key task is to ensure we create a system that seeks to identify and remove prohibitive barriers (those that may disproportionately affect the progression of athletes from certain groups or backgrounds) and thereby enable anyone who has the characteristics and ability required to succeed, to fulfil their potential.

What do we mean by inclusion in talent pathways?

You must forfeit winning medals or creating a high performing environment.

Renewed emphasis on the culture and environment created within talent pathways. You should be open and flexible to accommodating athletes’ needs and feel comfortable asking athletes about themselves and how you can help them to train and perform optimally. Thinking about being inclusive doesn’t detract from striving and training hard.

Athletes should feel comfortable being open about themselves. If, for example, it’s Ramadan, you may need to adapt the training demands of an athlete who’s fasting, or have a conversation with an athlete about how best to accommodate their schedule of prayers.

You must match the UK/England demographics of age, gender, race, religion, sexual orientation, disability and gender identity to the exact percentage.

By understanding the demographics of young participants in your sport and ETP, you can uncover patterns in behaviour. You may notice that girls and women drop out at critical lifestyle transitions. You could address the issue by focusing lifestyle support around transitions and thereby retain more female athletes in your sport.

That you create an open and inclusive environment where a group that is under-represented would not feel out of place or unwelcome when taking part in your sport.

Athletes should be able to be themselves in a sport environment. For example, an LGBT+ athlete would feel comfortable being ‘out’ in the changing room as the environment allows people to be themselves – by ensuring that any homophobic/biphobic/transphobic language is immediately challenged and made clear it’s not tolerated.

To increase take-up of your sport by people from lower socio-economic groups, you have to fund training, travel and equipment.

You should know who in your pathway may be having difficulties which stem from their financial circumstances. You should carefully consider the geography of talent hubs and training activity and consider its impact on the progression of talented athletes from all parts of England

By knowing who in your ETP may be affected by their financial circumstances you would, for example, be able to apply for funding awards for athletes from programmes such as Backing the Best. You may be able to partner with organisations or businesses to provide equipment at a lower cost and adapt training schedules to cater for athletes who may have to use public transport to get to training.

The rising cost of becoming a sports star has led to some of England’s top up-and-coming talent dropping out of sport altogether.

Research carried out by the charity SportsAid shows athletes and their families are paying on average £7,100 a year to fund their child's sporting ambitions.

Backing the Best – our groundbreaking scheme that commits £5.5 million of National Lottery funding over four years – supports the families of the next Bradley Wiggins, Jessica Ennis-Hill or Ellie Simmonds who might feel competitive sport is otherwise out of their financial reach.

What are the challenges?

One of the biggest challenges facing many talented young athletes is the cost of travel and accommodation, especially when the athlete in question climbs the ladder of success and starts to compete on the international stage.

According to the SportsAid study, more than two thirds of young athletes rely entirely on their parents and charitable donations to fund their sporting dreams.

The bank of Mum and Dad covered a collective bill of more than £7.5 million annually for 1,192 young SportsAid-supported athletes, with parents taking on second jobs or having to go without to make ends meet.

Who are we supporting?

While Backing the Best opens up opportunities for talented young athletes, the scheme isn't open to everyone. Only young, exceptionally talented athletes in the early stages of their careers and who face the greatest financial challenges qualify.

Paratriathlete Emily Harris has also raced her way to the top and is now England number one after learning how to ride an adapted bike for the first time – but it’s been an expensive journey and Emily's mother has re-mortgaged their home to pay for her daughter's sport.

It’s athletes of this ilk that have faced such challenges to reach the highest level that will benefit most from Backing the Best.

How to get involved

SportsAid work with coaches and national governing bodies of sport to identify the athletes for whom an award could make a big difference.

Annual awards of up to £5,000 are made on a case-by-case basis, specifically contributing to essential costs such as travel, accommodation, kit and support by coaches and physios.

To find out more and get in involved, athletes should speak to their coach and/or national governing body (NGB). NGBs can make nominations to SportsAid in November.

You can follow the story of some of those Backing the Best has supported, using the hashtag #BackingTheBest on Twitter. 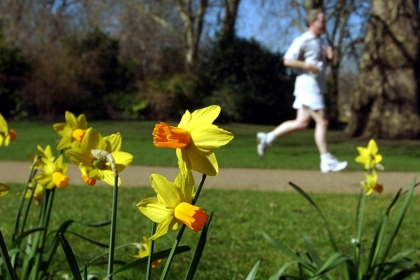 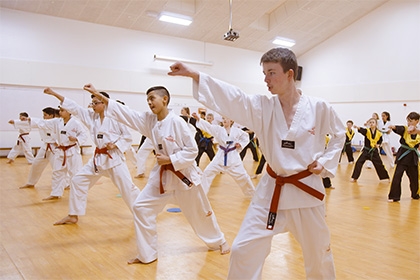 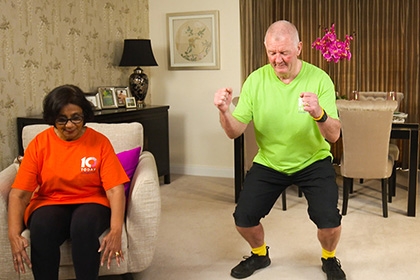