Our latest Active Lives Adult Survey shows greater numbers of women, older people and those with a disability or long-term health condition were getting active.

Activity levels were on the rise and inactivity was falling before the coronavirus (Covid-19) outbreak, according to our latest Active Lives Adult Survey.

Published today but conducted in the 12 months to November 2019, the figures show 28.6 million adults were active – i.e. doing at least 150 minutes of moderate intensity physical activity a week.

The results also show there were 159,500 fewer inactive people – those not doing at least 30 minutes of moderate intensity physical activity a week – than the previous 12 months.

Click on the link below to read our report – if embedded links in the PDF do not function correctly in Google Chrome, please use another browser or open the report in a dedicated PDF viewer:

The report shows the increase in activity is being driven by rises in the numbers of women, adults aged 55+ and disabled people or people with long-term health conditions being active.

These are all areas where we’ve focused significant investment in the last few years with campaigns such as This Girl Can and We Are Undefeatable, as well as more recent work with Demos on their home exercise radio show 10 Today which supports the over 70s to be more active.

Also, for the first time the report shows information relating to people’s perceived loneliness and its link to physical activity, with those both volunteering and playing sport being less likely to feel lonely and reporting higher levels of happiness.

“That overall activity levels were at a record high across England at the end of last year is excellent news, particularly the strong growth among older adults, people with a disability and among those with long term health conditions,” said our chief executive Tim Hollingsworth.

“These are areas which Sport England has committed significant time, insight and investment into in recent years and it is encouraging that we were starting to see such growth there. “

However, the results show inequalities linked to ethnicity and affluence do remain, with those from ethnic backgrounds and people in lower socio-economic groups less likely to be active - a fact acknowledged by Tim.

“Behind the overall positive picture, there remain areas of real concern,” he added.

“Not least the sobering reality that if you are well off you are far more likely to be active than if you are not, and the ongoing evidence of a significant ethnicity gap, where we are not seeing growth in activity levels among some ethnic groups.”

These figures are a particular worry when combined with others that show 16-24-year-olds as the age group most likely to say they always feel lonely.

That overall activity levels were at a record high across England at the end of last year is excellent news, particularly the strong growth among older adults, people with a disability and among those with long term health conditions

While the effect of the ongoing coronavirus pandemic and resulting social distancing guidelines are not yet clear - we’re aware there are risks that this period could halt the increase in activity seen in recent years, as well as worsening existing inequalities.

We’ve already seen that the trend for those in lower socio-economic groups to be less active is continuing in the current crisis, and our chief executive is mindful of the role we can play in trying to stop that happening.

“The true nature of this [coronavirus crisis] and its impact on the nation’s future activity and the ability of the sector to support that, is still unknown,” he added.

“But it is what anyone with an interest in sustaining the nation’s wellbeing, and the positive impact that sport can have on society, needs to start thinking about now.

“Because how we shape our collective response to this challenge will not only determine future participation levels, but also give us the opportunity fundamentally to address and reverse those inequalities." 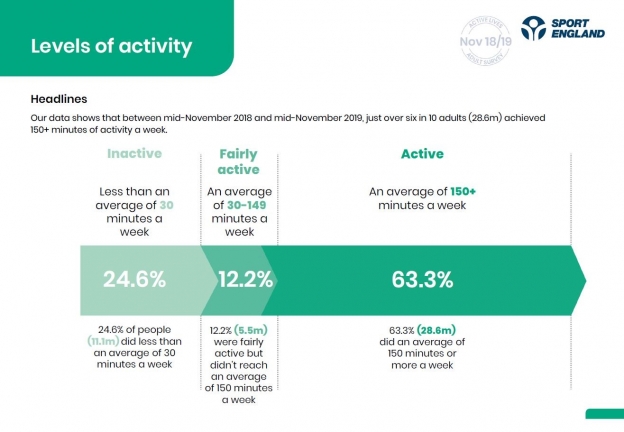 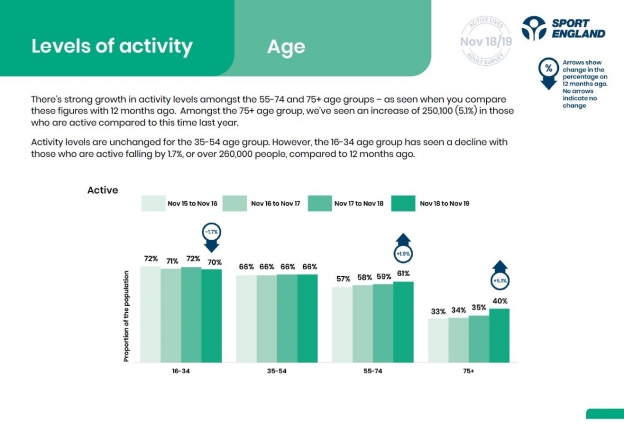 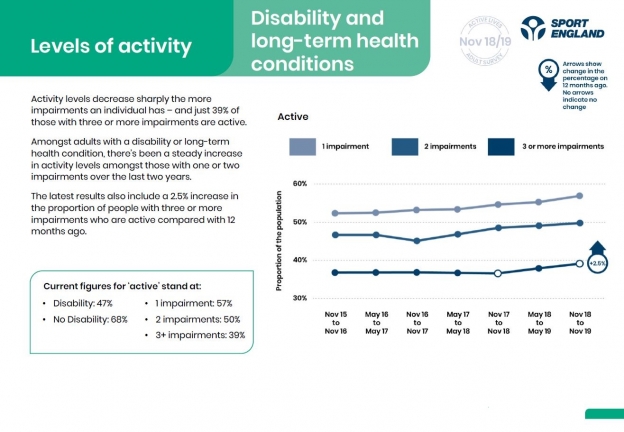 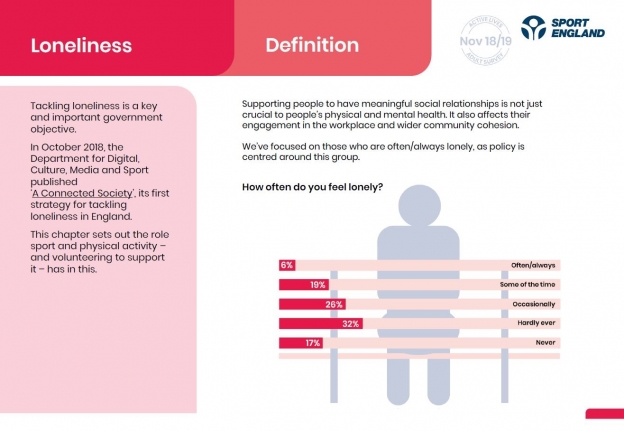 How we shape our collective response to this challenge [coronavirus] will not only determine future participation levels, but also give us the opportunity fundamentally to address and reverse those inequalities

Since this research - which saw 181,535 people aged 16+ surveyed - was conducted by Ipsos MORI, we've commissioned an ongoing weekly tracker survey with ComRes to understand how coronavirus is impacting how people feel about and take part in physical activity.

We've also launched Join the Movement, a consumer-focused campaign to inspire and encourage people to #StayInWorkOut while adhering to government guidelines, and a multi-million pound package of support for organisations that help the nation stay active.