Our Active Ageing fund is supporting innovative and experimental approaches that put older people at the heart of our efforts to tackle inactivity.

We’re investing up to £10 million of National Lottery money into 20 projects across England that are working to reduce the number of inactive older adults.

The projects we’re funding are also using sport and activity to help tackle problems such as poor mental health, dementia, loneliness caused by bereavement, and addiction.

Why we invest in older people

Our Active Lives research shows that you’re far more likely to be inactive the older you get.

The Chief Medical Officer defines an inactive person as someone who, over the course of a week, does not achieve a total of 30 moderate intensity equivalent minutes of physical activity.

It’s also true that those who are least active stand to benefit the most by getting active when it comes to their health and happiness.

The situation is exacerbated by the fact we have an ageing population – the number of people aged 60 or over is expected to pass the 20 million mark by 2030 according to the Office for National Statistics – so it’s important we invest now to help change behaviours.

What we want to achieve

This is quite simple. In each of the projects we invest in, we want to see the number of people who are inactive go down.

Each of the projects were selected as they support inactive older people to achieve at least 30 minutes of moderate intensity physical activity per week.

We also want to build the evidence base about this diverse group in terms of their behaviours and attitudes, as well as learn how they should be targeted and what approaches do and don’t work.

We want to find out what can be scaled-up or replicated across the country to make a significant difference to many more people’s lives. 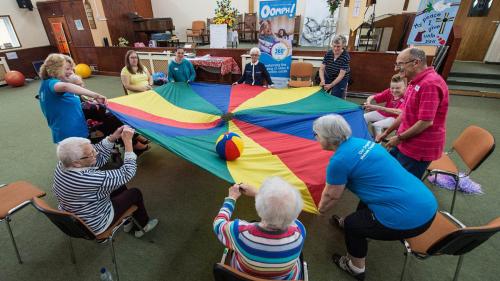 One of Oomph!'s success stories has been in Plymouth, where the local council asked them to train 18 instructors to run exercise classes in various community venues.

Joyce, a participant who’s been attending weekly sessions at a local church, says: “It’s the best thing I have ever done. It keeps me going!” 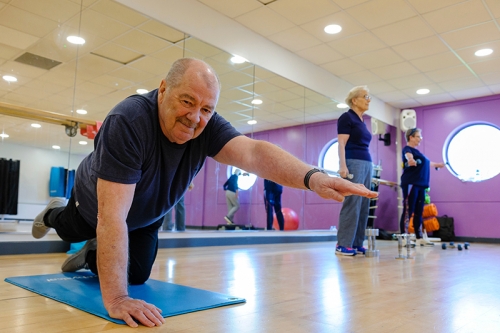 Cotman Housing Association provide physical activity sessions at sheltered housing schemes in East Anglia, so that older people living in the schemes and residents from the neighbourhoods can benefit from weekly tailored personal fitness sessions and virtual fitness classes.

Cotman tenant June Simpson says of the sessions: “Having keep fit at the scheme enables us to keep our bodies and minds in better condition. It keeps my joints supple, our minds active and it’s good for fellowship and team working.” 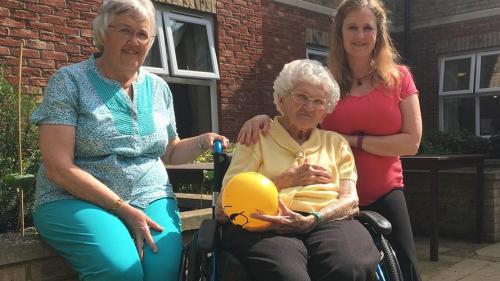 Love to Move is a seated gymnastics programme which is transforming the lives of people living with dementia.

Dementia had caused Hazel to become withdrawn from life. But after being persuaded to try Love to Move classes in her care home in Huntingdon, Cambridgeshire, she regained functions she thought were lost, including using her hands to do crafts, knit and play bingo.

She also eats dinner with everyone else and is talking more. Hazel’s daughter Gill says: “You can’t believe the difference. She’s wanting to learn to stand so she can go home in the car. We just feel lucky to have had the opportunity to do it because it has made such a difference.” 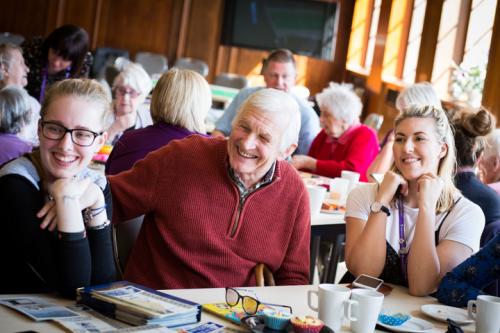 Sporting Memories Network supports older people living with dementia, depression and loneliness by engaging them in social activities and helping them recall memories of watching or playing sport.

Vin Riley has dementia and has attended the weekly Sporting Memories group at Northallerton Library in Yorkshire with his wife Chris since its earliest days. Through the group, the couple have tried various taster sessions of different sports, making many new friends.

Vin says: “It’s brilliant. You think back to when you were kids; what you could do. I used to love sport at school, cross country running was my favourite. Coming here is great.” 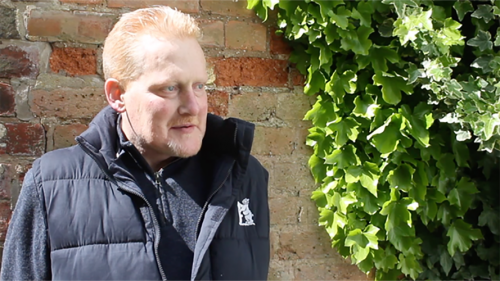 Overcoming any kind of addiction should not be done alone. But through sport and groups like Aquarius – a charity that offers free and confidential information and support – help’s at hand.

Following the recommendation of an Aquarius staff member, Anthony Hill conquered his alcoholism and turned his life around when he joined a weekly walking football club.

“I still find getting up on a morning a challenge, but knowing I’ve got football club, I make myself get up and go,” he says. “It massively improves my mood – even my girlfriend has commented how much better I seem on the days when I play. Had it not been for Aquarius and walking football, I would have lost my battle with addiction. They have saved my life.” 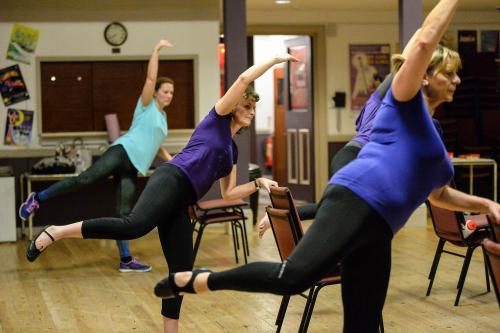 Part of our funding strategy for an active ageing population also extends to rehabilitation programmes.

ESCAPE-pain – a six-week programme delivered by physiotherapists in hospital outpatient departments – teaches people about their condition, shows them what they can do to help themselves, and guides them through exercises that allow them to do more.

The programme taught Coleen, a retired nurse who suffered knee pain for many years, to manage her condition. Although she still has some pain, she doesn’t feel knee surgery is now necessary. “It’s much less and it doesn’t bother me, I know how to cope now,” she says. 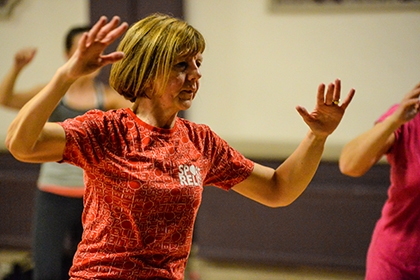 As you get older, you're far more likely to become inactive. Read our research on older adults to find out some of the reasons. 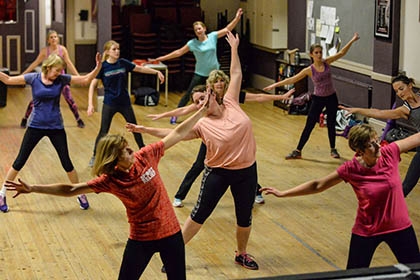 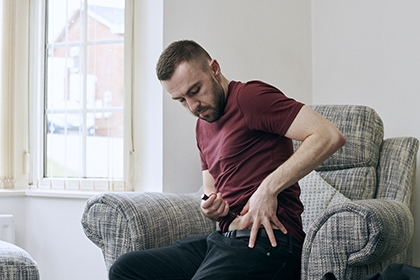 Find out about the charities we're working with as part of the Richmond Group of Charities, to help people with long term health conditions get active.