Investment in the project comes from our Families Fund

It’s not just elite athletes that have got their eyes on Tokyo 2020 now as we have teamed up with the British Olympic and Paralympic associations to help children and their families get active.

We've invested £2.6 million of National Lottery money, from our Families Fund, in the Travel to Tokyo project, part of the associations’ Get Set programme. 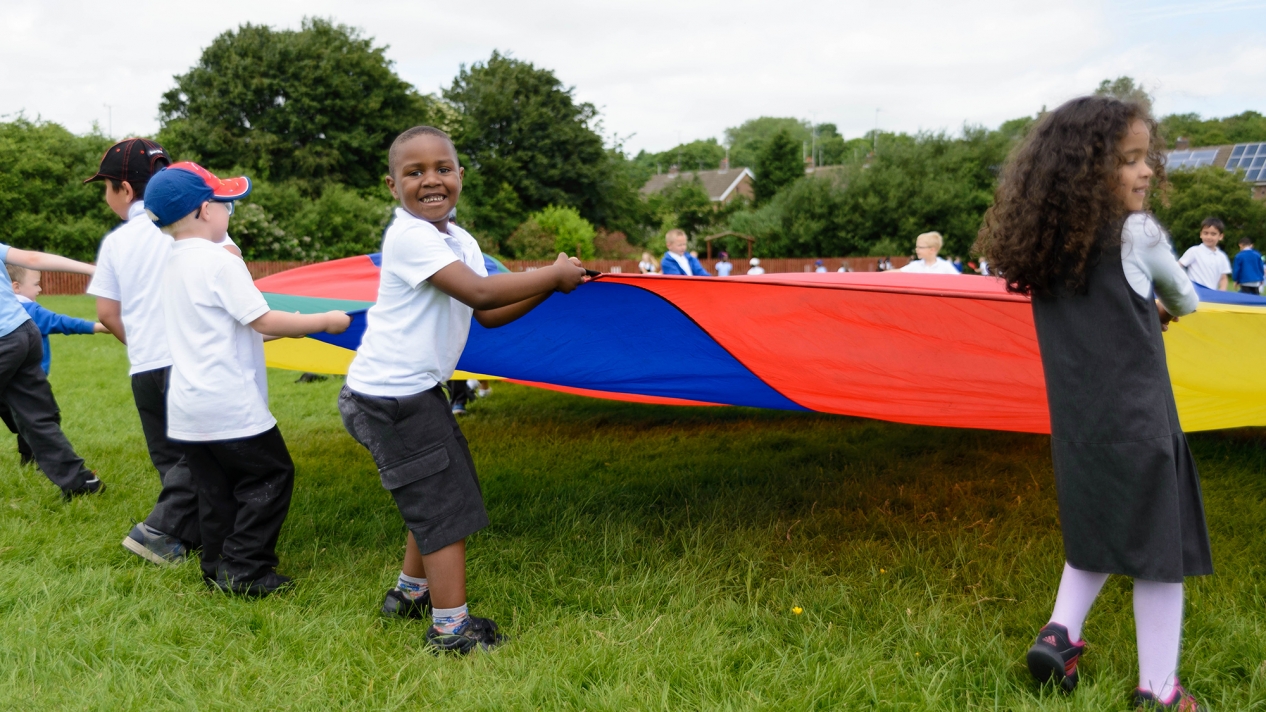 The project aims to inspire children aged 5-11 and their families to try new activities together in the run up to the Tokyo 2020 Olympic and Paralympic Games, by joining athletes on a virtual journey from London to Tokyo.

The project has a potential reach of more than 300,000 children and half a million family members

Following a successful pilot in Merseyside, the programme will launch nationwide in English primary schools from June 2019.

“Our challenge is to turn the excitement and inspiration of international sporting events like the Olympics and the Paralympics into action by supporting more children and families to try new sports or activities and become regularly active,” said Mike Diaper, our executive director of children and young people and tackling inactivity.

“This programme does just that, by creating a fun way for families to get active together, regardless of their level of experience.

“We know the importance of how working and playing together as family can build active habits.

“Children from active families are far more likely to take a positive attitude to playing sport or being active into their adult lives.”

With four in five young people not meeting the Chief Medical Officer’s recommended 60 minutes of daily exercise, Travel To Tokyo is designed to nudge children and their families into a more active lifestyle by building a regular, sustained habit of physical activity.

The project, which runs until December 2020, aims to broaden families’ knowledge and understanding of recommended physical activity levels, to support them to build basic physical competence and enjoyment, and to target support to less active families from lower socio-economic groups.

All primary schools in England will be contacted about the project, giving it a potential reach of more than 300,000 children and half a million family members.

The project, which will receive support from ukactive, was launched at the Queen Elizabeth Olympic Park on Tuesday, with families joined by an all-star cast of athletes to participate in a Japanese-inspired family sports day.

“Travel to Tokyo is such a good idea because it’s involving young people and their families to get out of their comfort zone and try something new,” said double Olympic rowing champion Helen Glover.

“As a new mother myself, it’s so nice to see how everyone has come together to enjoy themselves in the run up to Tokyo 2020. It’s brilliant.”

While Neil Townshend, chairman of the British Olympic Foundation, welcomed the extension of the Get Set programme, which also saw success with the Road To Rio challenge.

“Travel to Tokyo is a dynamic and creative way to motivate families to keep active and the British Olympic Foundation is incredibly proud to launch this new initiative inspired by the Olympic Movement and its Values,” he said.

And Mike Sharrock, chief executive of the British Paralympic Association, said they were proud to use the Paralympic Games as inspiration to help families get active.

He said: “We look forward to seeing the social impact with families across England as young people take on the values of the Paralympics to build active networks with their families and communities.”