This Girl Can reveals new inspirational Fit Got Real message 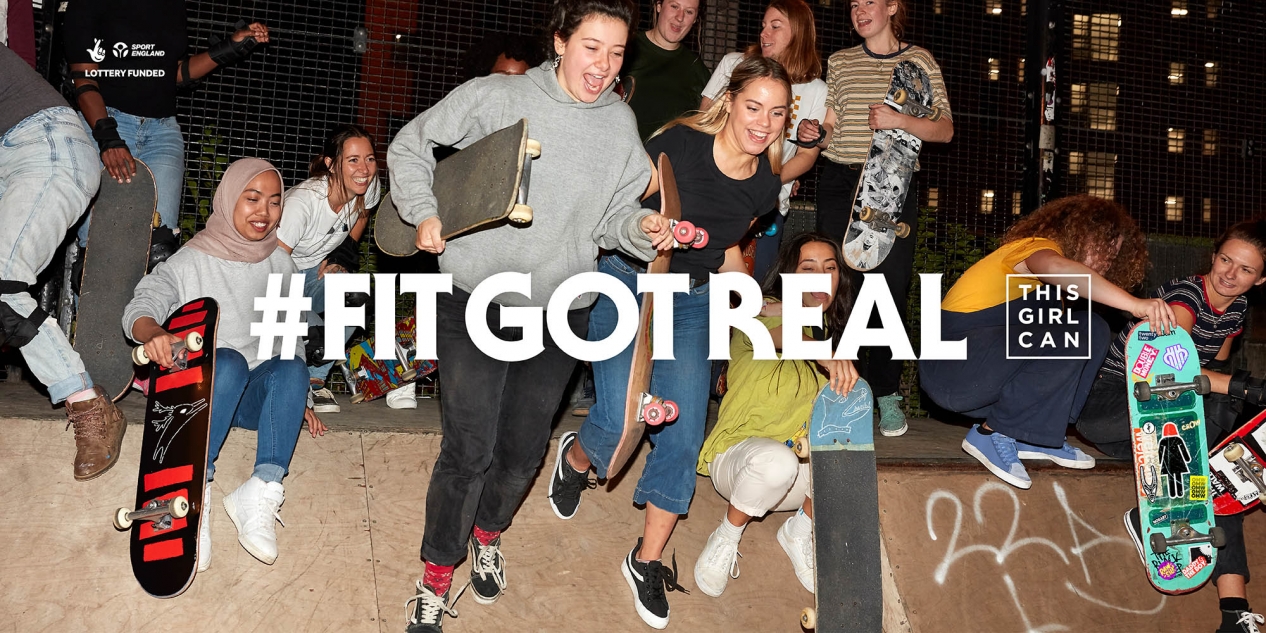 This Girl Can has launched a new phase of its award-winning campaign that's working to drive down the gender gap in sport.

Fit Got Real aims to build on the campaign’s achievements so far, as well as specifically reaching out to women of backgrounds and ethnicities who feel left behind by traditional exercise.

Jennie Price, our chief executive, hopes Fit Got Real will help tackle the stark inequalities of exercise levels amongst different groups of women in England.

“Many of the pressures of modern life do not make it easy for women to have the confidence and motivation to be active,” she said.

“The health and wellbeing benefits of being active should be available to all women, and that is why we have a new message – Fit Got Real – to celebrate the creative and often unconventional ways many women are fitting exercise into their busy lives.”

Caroline, who features in our new film, says becoming more active has had a real and positive impact on her life.

“As a full-time carer, I rarely have time to myself and am often under a lot of pressure both emotionally and physically,” explained the 36-year-old.

“At the end of the day, I always felt I was either too tired, didn’t have enough time or wasn’t motivated enough to exercise. But, one day I realised how important it was to spend some time on myself.

“Rather than spending half an hour watching TV, I now get out to a dance class or over to the trampoline classes at the local community centre.

“With added daily pressures of work and family commitments, I completely understand how easy it is to get into a routine of not doing much exercise, but I feel so much happier and healthier from being more active.”

Since it was launched in 2015, This Girl Can has attempted to change attitudes by encouraging woman to get active or play sport in the way that’s right for them.

Too often women are put off taking part in physical activity due to a fear of judgement – this might be about the way they look when they exercise, that they’re not good enough to join in or they should be spending more time on their families, studies or other priorities.

The campaign has told the real stories of women who get active using images that show what activity really looks like – there is no need to be in a fancy gym or in the latest kit.

So far, the campaign, which is funded using National Lottery money, has encouraged many women to be more active. Our tracking survey suggests more than 1.6 million women started or re-started exercise after seeing the first phase of the campaign.

But our Active Lives research also shows that women are still significantly less likely to be physically active than men.

Figures show 40% of women aged 16 and over are not active enough to ensure they get the full health benefits of exercise, compared to 35% of men.

The Chief Medical Officer’s guidance says it's important to do at least 150 minutes of moderate intensity activity a week, but currently 1.3 million more women miss this target than men.

Fit Got Real aims to ensure that no woman is left behind, and the campaign will not only support the existing This Girl Can community but will work to connect with women aged 14-60 who are part of groups that tend to be less active.

This includes those from low income backgrounds, black, South Asian and minority ethnic communities and teenagers.