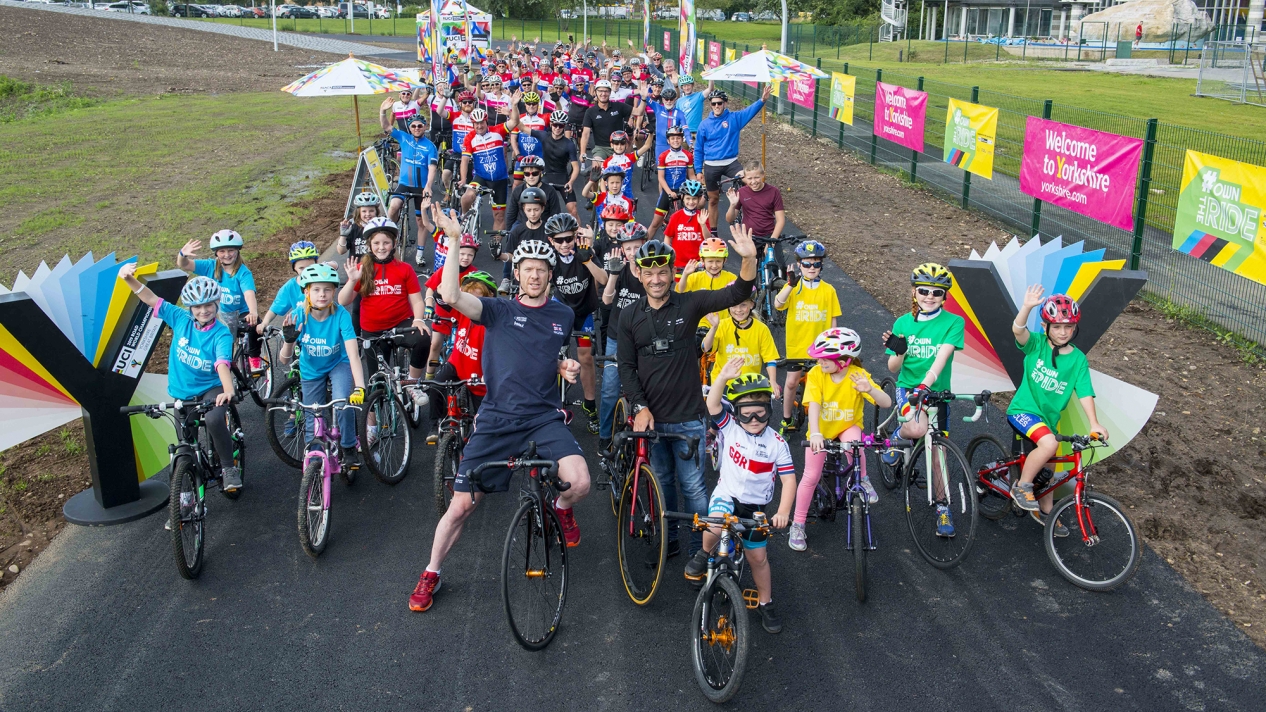 Hot on the wheels of the UCI Road World Championships in Yorkshire we're helping the competition to leave a lasting impact on cycling in England.

Hundreds of thousands of spectators lined the roads of Yorkshire for the eight-day festival of cycling that saw 11 rainbow jerseys won in front of a global TV audience of more than 250 million.

Building on the legacy left from the Tour de France Grand Depart in 2014, which includes the now annual Tour de Yorkshire races for both men and women, we're working with British Cycling to allocate £15 million of Government funding.

The biggest government investment into community cycling facilities the country has seen aims to the inspiring performances of the past week into people on bikes.

The ‘Places to Ride’ fund has already led to the creation of the Doncaster Cycle Track – a 1km-long, traffic-free circuit that includes a cobbled climb – which played host to the starts of the men’s U-23 and junior women’s road races last week.

And with the fund still open for applications for both small (£1k-50K) and large (£50k-500k) scale grants, our chief executive Tim Hollingsworth hopes the championships can be a catalyst for cycling.

“Despite the extreme weather conditions over the weekend the excitement, crowded streets and spectacular racing of these world championships have clearly shown that cycling is one of our nation’s most popular sports with the potential to inspire many more people into regular activity,” he said.

“We are determined to turn this inspiration into action.

“That means providing more people with the opportunity to cycle in their communities in a safe and accessible space through the ‘Places to Ride’ scheme and breaking down barriers to entry with partnerships like that of This Girl Can and British Cycling’s HSBC UK Breeze campaign.

“We hope many more people go from watching the TV to riding in their local community after this dramatic sporting spectacle.”

The Doncaster Cycle Track alone is expected to provide 40,000 opportunities to ride during its first year, while Places to Ride has also already introduced virtual cycling technology into 60 care homes across England.

We are determined to turn this inspiration into action

A unique partnership with Norwegian start-up Motitech has enabled older people – particularly those with dementia – to enjoy the benefits of physical activity and even saw care home residents able to compete in the ‘Road Worlds for Seniors’.

“We must make every effort to capitalise on the buzz of enthusiasm felt, not only in Yorkshire, but across the whole country,” said British Cycling chief executive Julie Harrington.

“We’re confident that with our HSBC UK Go Ride and HSBC UK Ready Set Ride programmes designed to help teach and develop children’s cycling skills, our unique partnership with Playing Out, alongside the new Places to Ride facilities programme, we can engage a new audience with cycling and ensure that our vision becomes a reality.”

Places to Ride is open for applications and will be delivered over the next two years with the aim of funding a range of community facilities for cycling – including things from large-scale multi-use venues, down to cycle trails in parks, BMX tracks and ‘learn to ride’ areas.

“It's important that we secure a real participation legacy,” said Minister for Sport Nigel Adams.

“Facilities like the new Doncaster Cycle Track will be the first of many to benefit from the Government’s £15 million investment to ensure this event helps grow the sport and inspires people of all ages and abilities to get active.”