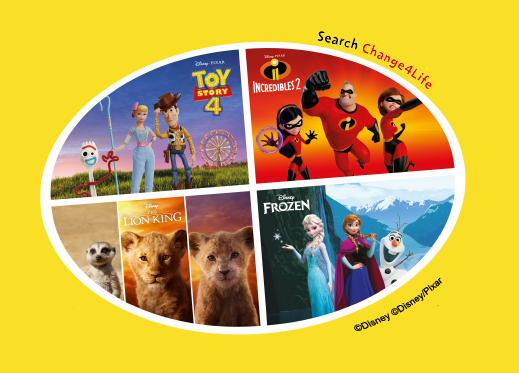 Millions of schoolchildren will be inspired to get physically active this summer thanks to the latest phase of the groundbreaking partnership between Change4Life and Disney UK.

New 10 Minute Shake Ups, featuring a host of popular Disney characters from the hit films Frozen, The Lion King and Toy Story 4 will be distributed to primary schools to help teachers embed activity into their daily school routine at times when pupils are usually sedentary, including assembly and between lessons.

Packs will also be given to children to take home so they can continue to keep active over the summer.

We’ve invested £1 million of National Lottery funding into the collaboration, which puts enjoyment at the heart of activity – something our Active Lives Children’s Survey found to be the most important factor in how likely a child is to embrace physical activity.

Tim Hollingsworth, our chief executive, hailed the campaign’s return as a vital tool in helping children build a positive attitude to physical activity.

“Our recent research gives us the richest evidence yet that sport and physical activity needs to be fun and enjoyable above all because enjoyment is the biggest motivator for children in getting active,” he said.

“The Change4Life 10 Minute Shake Ups fit that brief to a tee with children’s favourite Disney characters encouraging them to move more. Sport England are delighted to be investing funding to support the Shake Ups in our mission to help children build a positive attitude to physical activity.”

This year marks the sixth year that Public Health England’s Change4Life and Disney have worked together to inspire children to move more, with almost two million children taking part in last year’s campaign.

It returns at an important time as a new survey found that less than half of parents are aware physical activity can build children’s self-confidence, reduce anxiety or improve their self-esteem.

The stark figures, which were revealed as part of a new survey for Change4Life and Disney UK, demonstrate how much work there is to do to ensure the UK Chief Medical Officer’s recommendation that children do at least 60 minutes of moderate to vigorous physical activity every day, does not go unnoticed.

Presently just 20% of boys and even fewer girls (14%), are meeting this target, despite 95% of children saying that they enjoy being active.