Our head of equality on the importance of highlighting the black community within the Rugby Union.

I’m tremendously proud of my work as head of equality at Sport England, but my passion for diversity and inclusion spreads beyond my professional role and into my personal life too.

Last summer, I was approached by a friend and ex-colleague with an idea of creating a rugby version of the Football Black List and to organise an event to launch it.

Just as the Football Black List did for the black community around this sport, the objective of the Rugby Black List would be to help shine a light on black professionals and volunteers working, playing or giving their time in the Rugby Union.

And the event would inspire the next generation of leaders in sport, including the community game, the talent pathways and the elite game.

There is still a lack of representation of the black community within the Rugby Union, but we recognise it is important to highlight the progress that has been made so far, and to celebrate the achievements of the past and current black role models as we hope that many more will follow in their footsteps.

That’s why I loved the concept of this event - but how would we able to plan it with no budget or venue?

Fast-forward to January 2023 and despite all my concerns, we found a way. A great one.

Just as the Football Black List did for the black community around this sport, the objective of the Rugby Black List would be to help shine a light on black professionals and volunteers working, playing or giving their time in the Rugby Union.

We teamed up putting our experiences and skills together, and we managed to pull off a successful event which took place at the beginning of this week in London.

Sagan was able to confirm the House of Lords as our venue after getting the support of Lord Griffiths of Burry Port - a keen rugby fan and equality advocate. Our perfect match!

We also built a website, and spoke about who else could support and sponsor the event. 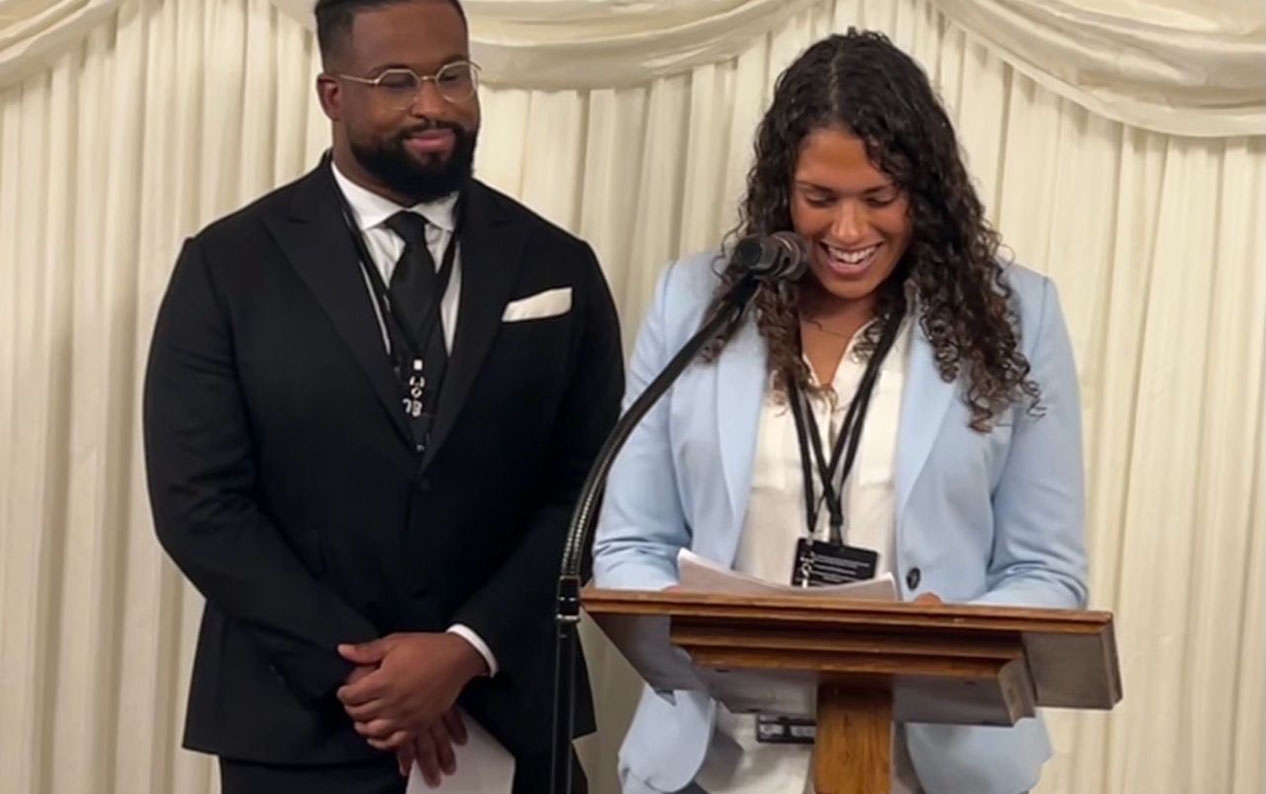 Once the idea was pitched to organisations and VIPs, we found that we were getting some traction and people agreed that promoting black excellence in rugby was an initiative they wanted to get behind.

Having the support of Tom Ilube (first black Chair of the Rugby Football Union) and other colleagues at the RFU was huge. They provided a Project Manager in Marissa Lowe, who we couldn’t have done without.

As time went on we managed to secure support and sponsorship not only from the RFU, but from Refresh Sports, Sporting Equals, The Voice Newspaper, Kori Youth Charity, Barrington Hibbert Associates and Roc Nation Sports International as well.

For the invitation list we reached out into our networks with the aim of bringing people from the black community already in rugby, in addition to allies in the sports sector. Getting the right people in the room was key to create as much influence and spotlight as possible.

At the beginning we were trying to sell the event and persuading people to come (even sliding into professional players’ DMs!), but  we ended up being oversubscribed and having to turn people away, because once official invites went out and The Voice published its excellent article, people started to realise what they could be missing out on.

The BBC and Sky Sports covered the event and will hopefully help highlight the individual stories of black people in rugby. Sky Sports have done this piece highlighting the event and race in rugby and we’ve also been on BBC News.

I’m immensely proud of the many inspirational people in the room, old and young and from all walks of life who were celebrated for their achievements, and who were given an opportunity to tell their stories.

These included Maggie Alphonsi, Jason Robinson, Shaunagh Brown, Floyd Steadman – if you’re a rugby fan you’ll know these people. If you don’t, look them up!

We had many Teams calls over the last six months discussing nominations, awards, guestlists … but all the effort was worth it, as the event went really well and I think we achieved what we set out to do.