"Our exercise programme for those with dementia is astonishing people with its life-changing benefits,” says British Gymnastics foundation manager, Patrick Bonner.

In 2015, we awarded British Gymnastics Foundation £10,000 of National Lottery funding to deliver a chair-based gymnastics exercise programme called Love to Move. Its aim was to get older people moving and functioning better, especially those living with dementia.

More than three-quarters of a million people currently live with dementia in the UK and it’s expected that one in three of us will develop the condition at some point in our lives.

To date, more than 150 people have taken part in the Love to Move programme across the UK, and research conducted by Age UK shows there were benefits to physical and mental health, as well as improving people’s cognitive abilities. 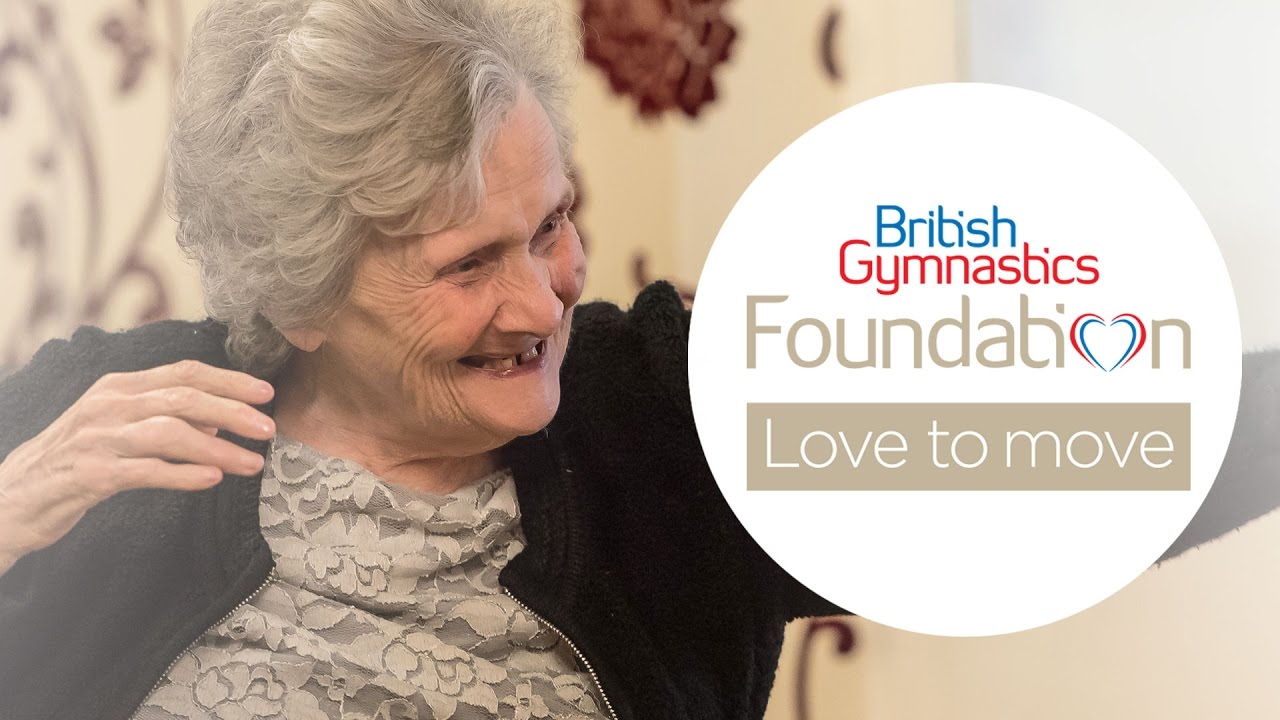 Older people with mild to advanced forms of dementia appeared to benefit the most.

Improvements ranged from participants being able to use their hands again to feed themselves, do crafts and play bingo as well as socialising with friends and family. One woman has now regained her independence and moved back in to her own home.

The exercise classes feature specially-designed bilaterally asymmetrical exercises where the older person draws different patterns with the left-hand side of their body to the right-hand side.

After being diagnosed with dementia, Hazel was withdrawn from life and refused to leave the comfort of her own room.

She was encouraged to try Love to Move classes in her care home, which soon saw her begin to re-engage with life.

Taking part in the sessions twice a week, Hazel has regained functions she thought were lost. She now uses her hands to do crafts, knit and play bingo, as well as eating dinner with everyone else.

For all the therapy she’s had, this has been the thing that’s worked for her

"For all the therapy she’s had, this has been the thing that’s worked for her. She’s 93 and now she’s wanting to learn to stand so she can go home in the car.

"We just feel lucky to have had the opportunity to do it because it’s made such a difference.”

The results in Korea and Japan were so positive, the programme has now been completely state funded and runs in every care home across the two countries.

The British Gymnastics Foundation will now train more people to deliver the programme to make it more widely available.